About six months ago, United Airlines announced their Bug Bounty program and, almost immediately, it received a ton of press. Though I initially wasn’t interested in pursuing the program (mainly due to its popularity), I decided to take a look a week or two after its launch despite being late to the party. Shortly after, I identified (and reported) a serious vulnerability in an API endpoint that exposed the PII (personally identifiable information) of any rewards member. Surprisingly, this serious issue took United’s team just under six months to patch.

My research started with United’s mobile app. I created a MileagePlus  account, launched the app, and logged in. 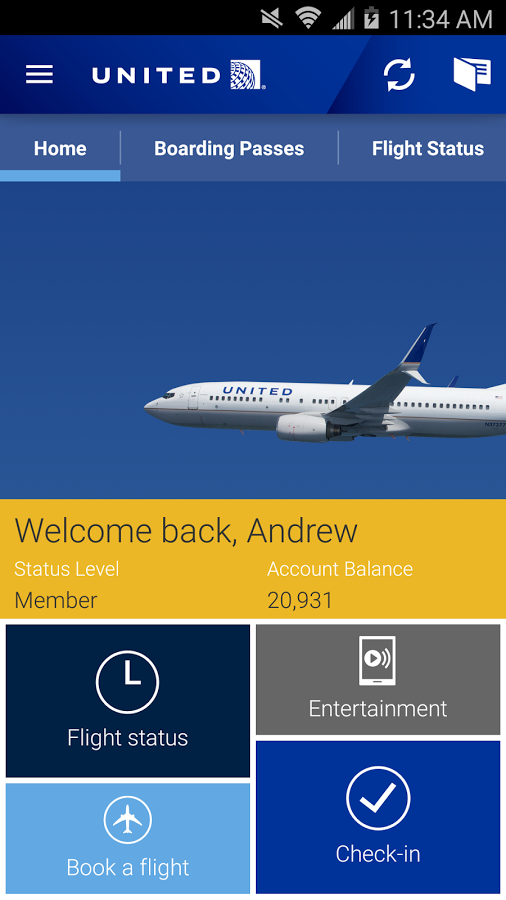 While proxying my requests and navigating throughout the app, I noticed an interesting request that seemed to be used to populate my upcoming flights as well as any United Club passes I had purchased. Below is a look at the request:

Note the existence of the mpNumber  parameter. Since the user is already authenticated and cookies are presumably being used to track session state, this parameter looked like an IDOR vulnerability. I subsequently created another test MileagePlus account and booked a cheap flight in order to test it. I ran the same request as above, but substituted the MileagePlus number with the one from my test account. Here is the response:

Though a lot of information is displayed here, I thought the most serious information exposed was the recordLocator  along with the customer’s last name. Using just these two values, an attacker could completely manage any aspect of a flight reservation using United’s website. This includes access to all of the flight’s departures, arrivals, the reservation payment receipt (payment method and last 4 of CC), personal information about passengers (phone numbers, emergency contacts), and the ability to change/cancel the flight. 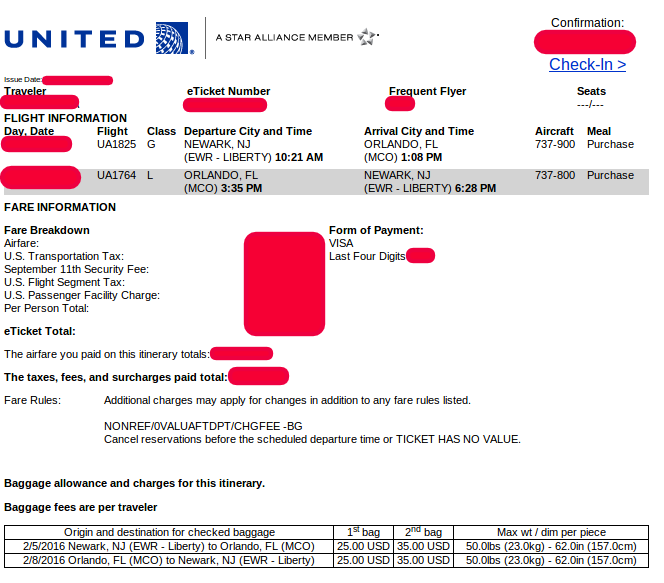 Club Passes are also exposed by the same response.

Note that the customer’s email address is exposed, as well as the barcode value. This means an attacker could likely gain access to the United Club by spoofing another customer’s barcode value at the entrance, essentially stealing his purchased pass.

I prepared my report and submitted it to United’s security team. Since I understood they were probably overwhelmed with the number of vulnerability submissions, I expected a delayed acknowledgment/response — I didn’t expect, however, for the issue to remain unpatched five months later. In fact, believing that six months was a more than reasonable time frame to get the issue patched (likely a one-line fix), I ultimately had to inform them of my intention to publicly disclose the unpatched vulnerability on November 28 (six months after my original submission). This gave them a few more weeks to get it patched, hopefully avoiding public disclosure.

Hey @united, 6 months for a critical vuln is beyond reasonable. Public disclosure is planned for 11/28.

My report was actually marked as a duplicate — not unexpected due to my delay in getting started. This is largely irrelevant to the rest of the post, but interesting in how it relates to the terms and conditions of United’s bug bounty program. One of the terms is that public disclosure (of any kind) will result in permanent disqualification from their program and loss of any reward; indeed I was reminded of this by United’s team when I informed them of my intention to go full disclosure. Since I was not to receive an award regardless, and I didn’t have further interest in submitting to the program, I accepted the threat of disqualification.

Overall, I think bug bounty programs are a great step in the right direction, but  running one effectively is critical. Though the intention to publicly disclose the vulnerability appears to have pressured United to fix it, I suspect that the request for comment by media personnel ultimately forced them to take the necessary action.